On January 1, 2015, the minimum wage in Massachusetts increased for the first time in seven years. This was the first of three separate raises which will make the minimum wage rate in Massachusetts one of the highest in the nation. All Massachusetts employers are required to comply with the Massachusetts minimum wage rate. Failure to comply with these increases violates Massachusetts wage laws (Mass. Gen. Laws ch. 149, § 148), which establish steep penalties for violations, including damages and attorney’s fees, regardless of whether the violations were willful or committed in good faith. In addition to employer exposure (to civil liability and criminal penalties), certain individuals within an organization can be held personally liable to pay these damages and penalties. Please contact your Deland, Gibson account executive if you have any concerns. 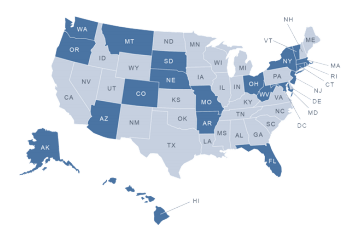 Most employers in the United States are subject to the minimum wage provisions of the Federal Labor Standards Act (FLSA). These employers are required to pay their employees a wage rate of at least $7.25 per hour. However, many states have adopted minimum wage rates higher than federal rate.

As of Dec. 1, 2014, 21 states have already announced increases in their minimum wage rates for Jan. 1, 2015. When state rates and the federal rate are different, employers must pay their employees the higher rate. Affected employers should review their employees’ pay rates and update their minimum wage poster notices as necessary to ensure their compliance with wage and hour regulations.

Increases in the minimum wage rate are also expected in Washington D.C., Delaware and Minnesota for the summer of 2015.

Deland, Gibson Insurance Associates, Inc. will continue to monitor these developments and update you about any changes.