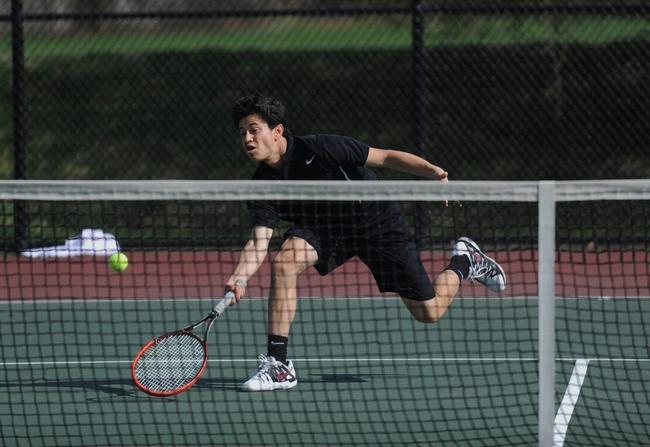 Pioso was introduced to tennis as a young child and started playing the game as part of the school’s physical education program and it didn’t take long for it to grow on him.

He took part in weekly tennis clinics at Boston Sports Clubs in Wellesley when he was in elementary school and also played in the town’s youth tennis program, run by Wellesley High boys tennis coach Mike Sabin.

When he got to high school, Pioso was reunited with Sabin on the Raiders’ boys varsity tennis team and instantly felt right at home.

“When I joined the team, I really appreciated how quickly I was accepted among the juniors and seniors,” Pioso said. “There were many great leaders on that team who were examples of what it means to be on the team. I have enjoyed the competition and chemistry within the team.”

Pioso recently wrapped up his junior year, during which he played second singles — as well as first singles on occasion — and compiled a 10-8 individual record.

“I had some of my best wins this season, including the first match against Needham this year when I won the clinching victory, and our match against Brookline when I won a marathon three-set match, 6-4, in the third set,” said Pioso.

Thanks in part to Pioso, the Raiders went 19-3 overall and posted an undefeated 13-0 record in Bay State Conference to win the Herget Division championship.

Wellesley entered the Division 1 South state tournament as the No. 5 seed and reached the semifinals, but lost in heartbreaking fashion against top-seeded Barnstable, 3-2, to bring its season to a close.

In the individual state tournament, Pioso lasted two rounds longer than he did as a sophomore.

“While being within mere points of the South sectional final was extremely disappointing, it has made us even more motivated to get there and beyond next year,” Pioso said. “I am extremely pleased and proud of my individual as well as my team’s performance this past season.”

As a reward for his hard work, Pioso was named a First Team Bay State Conference All-Star for the first time in his three-year career and he also earned his third varsity letter.

“He had a strong season, improved quite a bit,” said Sabin. “He was somebody that exceeded my expectations going into the season. I was concerned that the second singles position might be a little overwhelming for him at times, but he really handled everything well.”

Wellesley’s success this season even caught Sabin off guard. Two years ago, the Raiders went 14-7 overall and returned virtually the same team to the court this year.