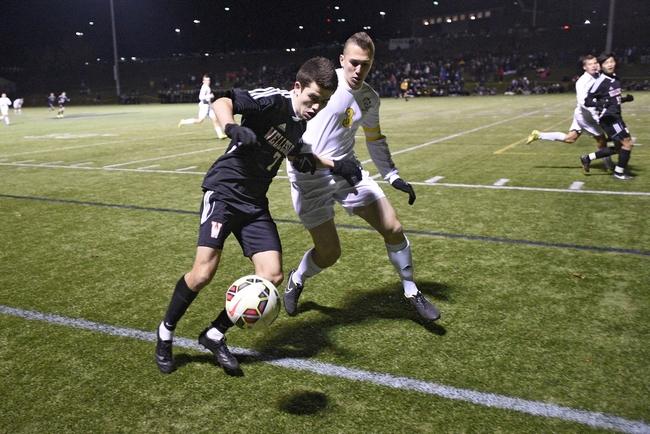 His father, Alcy Sr., played the game professionally in Ecuador, and Alcy Jr. started playing the game at age four. In preschool, he would head to the field with his dad and play until it was dark.

One way or another, Torres has always found himself on the pitch.

“It’s just a passion that I was born with,” said Torres, a senior at Wellesley High and second year member of the Raiders’ boys varsity soccer team. “I just feel that when I have the ball at my feet, I’m in another world. I forget about all my problems and can just truly enjoy every moment of it.”

After a year on the Wellesley High freshman team where he scored a career-best 14 goals, Torres stepped away from the school team to play for F.C. Greater Boston Bolts of the Northeast Pre-Academy League, an under-12 through under-15 developmental league.

He returned to the Wellesley High team for his junior season, and he’s been a member of the varsity squad ever since.

This fall, Torres put the finishing touches on a stellar tenure with the Raiders. The center-attacking midfielder and occasional center-forward scored four goals and had 13 assists in his senior season, bringing his career totals to 24 and 18, respectively.

Torres was named a Bay State Conference All-Star and was also voted the team’s MVP.
As a team, the Raiders finished with an 11-5-3 overall record and qualified for the state tournament. Torres and company won a thriller against Bay State Conference Herget Division champion Natick, 1-0, in the first round before falling to eventual state finalist Needham 3-1 in the quarterfinal round.

“I was happy with my individual performance this year,” Torres said. “I always hold myself to high standards and can definitely say I’m satisfied with this year’s individual achievements. As a team, I really wanted to win a state championship, but it just wasn’t meant to be this year.”

Alongside Torres, teammates Adam Norman and Sooyoung Kim were also named Bay State Conference All-Stars, and he credits a lot of his own success to the duo.

“Without (Norman and Kim) I wouldn’t have had as successful of a season because they’ve known how I play for many years and they always got me the ball when they could,” said Torres.

Torres is a self-described “crafty” player, using his speed and creativity on the field to create opportunities. His defense admittedly needs work, but he’s made strides in the backfield.

He tries to always go full throttle but maintains that he stays “relatively relaxed” in the moment.

“It may not look like it since I’m always running and try to push forward as fast as possible, but inside I know what I’m doing,” Torres said. “I’ve played so many games that it feels like second nature and I just try to cherish every moment of it.”

When he isn’t cherishing the moment, Torres is preparing for it. In season, he’s on the field practicing for two to three hours a day, making it difficult to balance his schoolwork.

He plays as often as he can in the offseason, whether it’s a pick-up game or in his backyard.

“There is no secret — as long as you play every day, you’re always going to get better,” he said.

As a freshman and sophomore, Torres tried a different sport – track. While he joined the team just to stay in shape, he discovered that soccer wasn’t the only sport he was good at.

“In 2011, I was fortunate enough to make the junior Olympic nationals for the 1500-meter and ranked 13th in the nation,” said Torres. “The past two years, I’ve just been running and working out mostly on my own.”

Torres hasn’t applied to any colleges just yet, and he’s not entirely sure where he’ll wind up next, although he does dream of playing soccer professionally in Europe in the future. Whatever the future holds, Torres is ready to give it his best shot.

“Whatever it might be, whenever you love something, you should never stop doing it because you only live once,” Torres said, “and when I look back at my life, I want to be able to see that I did what I loved doing most and just had a great time doing it.”