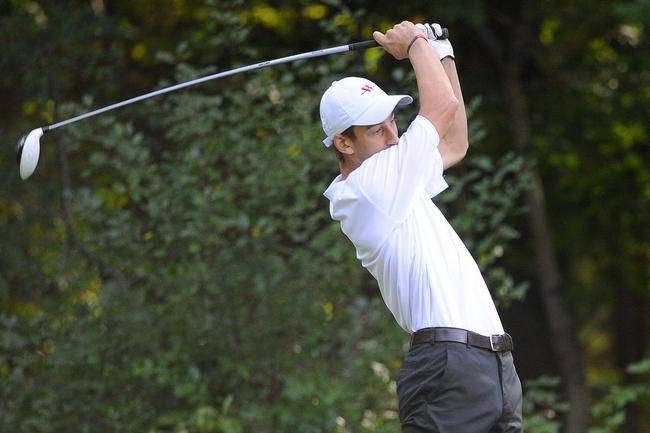 It’s not an easy game to master, which keeps the Wellesley High senior and fourth-year member of the Raiders’ boys golf team constantly coming back for more.

“Golf has so many aspects that make it challenging: risk, strategy, skill, and mental toughness among many more,” Zimmerman said. “All of these combined make it extremely frustrating at times, but that much more rewarding when I am able to play well.”

Zimmerman, a captain, has been an anchor for this year’s unbeaten Raiders squad. His best round of the season came on Monday when he carded a 2-under 34 in a victory over Milton, moving Wellesley to 11-0.

“I was able to make a lot of putts and played virtually mistake free golf for the nine-hole span,” said Zimmerman, who averages a score of around two-over each round. “I was very pleased with the way I played.”

Wellesley’s perfect start has already earned the Raiders a spot in the Division 2 state tournament, thanks in part to Zimmerman’s constant improvement.

“I have experienced some ups and downs, but right now I feel my game is on the right track,” Zimmerman said. “I think I am playing my best golf right now, and I am excited to continue to get better each match.

“I am thrilled with how the team has performed so far. I knew going into this season that we would be a strong team, but the way we have performed each and every match has really impressed me.”

Alongside Zimmerman, fellow senior captains Michael Carbonaro, Brian Creonte, and Conley Jacobs have come together to create a team-first atmosphere, which has really paid off.

“Not only has this been the best golf team I’ve been a part of in terms of skill, it has also been the best team in terms of a close, connected group of kids as well,” Zimmerman said. “I think it has worked really well, as we have seen our team come together this season.”

Zimmerman has enjoyed playing with the entire team, but none more so than Carbonaro, his playing partner of two years who epitomizes the perfect teammate.
“Whether it’s him keeping me focused, reading a putt, or giving me one of our many fist bumps, or ‘let’s go’s’ throughout a match, playing with Michael has helped me tremendously over the past two years,” Zimmerman said.

Zimmerman credits his success to his preparation. He plans out every hole before each match so he can practice the shots he’ll need to make. He takes some calculated risks, but nothing that takes him out of his comfort zone.