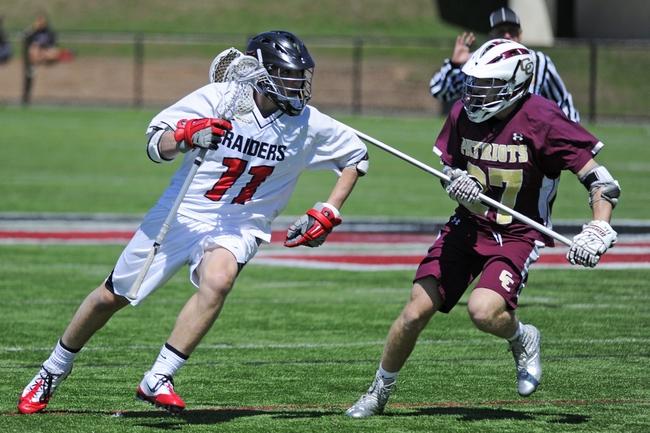 The recent graduate of Wellesley High and midfielder for the Raiders’ boys varsity lacrosse team for the past three seasons technically didn’t start playing lacrosse until he was eight years old, but the sport was always part of his upbringing.

After all, his father played lacrosse at Williams College in Williamstown.

But family ties aren’t the only reason Dietrick enjoys the action-packed game.

“I love the speed and physicality of lacrosse,” said Dietrick. “I think it is the perfect blend of power and finesse. I also love the emphasis put on teamwork.”

Dietrick turned all of those ingredients into a wildly successful senior season with the Raiders, helping lead the team to a 16-5 overall record and the Bay State Conference Herget Division title.

Along the way, Wellesley defeated the best team in the state – eventual Division 1 state champion Acton-Boxboro – and bested Cold Spring Harbor High School of New York, ranked No. 23 in the country by Inside Lacrosse, during the regular season.

In the state tournament, the fourth-seeded Raiders advanced to the Division 1 South semifinal, beating Marshfield and Bridgewater-Raynham, before eventually falling short against No. 1 seed Duxbury.

“I think we will always have regrets about this season because this was such a strong group of seniors and we beat the state champions by 10 goals,” Dietrick said. “We just had a bad game against Duxbury and it cost us, but overall we had a great season.”

Individually, Dietrick had a great year as well, racking up 35 goals and 16 assists.
“I was pleased with my individual performance,” said Dietrick. “I put in a lot of work in the offseason on faceoffs and shooting, so it was nice to see that work pay off.”

As a midfielder, Dietrick is charged with the task of getting the ball rolling — literally.

One of his main strengths is his ability to win faceoffs, as he battled for and won 253 of 370 over the course of this season, which translates to a faceoff winning percentage of 68.4%.

In the lacrosse community, players that are just faceoff specialists are referred to as “FOGOs” – faceoff, get off. But the job doesn’t end with simply taking the faceoff, it’s much more than that for Dietrick.

“I am unique because I am an impact faceoff man who is also an impact offensive player,” Dietrick said. “Most faceoff men only take the faceoff and do nothing else.

“I love the individualistic one-on-one nature of faceoffs and the team aspect of offense. “In a team game like lacrosse, no one player has more control over the game than the faceoff guy because he controls possession.”