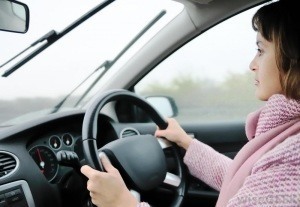 Heads up! A new law effective April 7, 2015, requires drivers to turn on their headlights whenever conditions require the use of windshield wipers. The law only allows a minimal fine for a violation, but admitting responsibility and paying the fine puts a “minor surchargeable traffic violation” on your driving record. In some circumstances, that can affect your auto insurance rates.

Remember. Windshield wipers on? Lights on!

Be it enacted by the Senate and House of Representatives in General Court assembled, and by the authority of the same as follows:

Section 15 of chapter 85 of the General Laws, as appearing in the 2012 Official Edition, is hereby amended by striking out the first sentence and inserting in place thereof the following sentence:— A vehicle, whether stationary or in motion, on a public way, shall have attached to it headlights and taillights which shall be turned on by the vehicle operator and so displayed as to be visible from the front and rear during the period of 1/2 hour after sunset to 1/2 hour before sunrise; provided, however, that such headlights and taillights shall be turned on by the vehicle operator at all other times when, due to insufficient light or unfavorable atmospheric conditions, visibility is reduced such that persons or vehicles on the roadway are not clearly discernible at a distance of 500 feet or when the vehicle’s windshield wipers are needed; provided further, that this section shall not apply to a vehicle which is designed to be propelled by hand; and provided further, that a vehicle carrying hay or straw for the purpose of transporting persons on a hayride shall display only electrically operated lights which shall be 2 flashing amber lights to the front and 2 flashing red lights to the rear, each of which shall be at least 6 inches in diameter and mounted 6 feet from the ground.

Information about the headlights & windshield wipers law was found on AgencyChecklists.com