Vast changes to the National Flood Insurance Program (NFIP) are starting to take place and this is going to have a large impact on consumers. The bottom line is that almost all flood insurance is underwritten – backed up – by the Government. Yes, you may have a policy that shows an insurance company, but that is merely a company “fronting the paper” or administering the product for the government and collecting a transactional fee. After Katrina the Government was slowly making progress to break even – then Super Storm Sandy hit… This threw the program for an enormous loss, now one of the reasons for sweeping changes. The anticipated public’s discontent is expected to be so substantial insurance companies that are currently administering the NFIP are already pulling out as they foresee public relations issues not worth the revenue generated from administering the program. 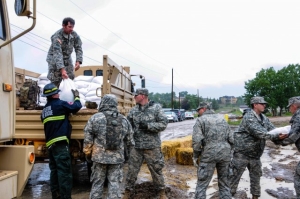 Enter the Biggert-Waters Flood Insurance Reform Act of 2012.  An email directly from the FEMA details the overview of what is happening concisely:

“In July 2012, the U.S. Congress passed the Biggert-Waters Flood Insurance Reform Act of 2012 (BW-12) which calls on the Federal Emergency Management Agency (FEMA), and other agencies, to make a number of changes to the way the National Flood Insurance Program (NFIP) is run. Some of these changes already have occurred, and others will be implemented in the coming months. Key provisions of the legislation will require the NFIP to raise rates to reflect true flood risk, make the program more financially stable, and change how Flood Insurance Rate Map (FIRM) updates impact policyholders. The changes will mean premium rate increases for policyholders over time. Homeowners and business owners are encouraged to learn their flood risk and talk to their insurance agent to determine if their policy will be affected by BW-12.”

In October the rate changes will begin. This may affect you positively or negatively depending on the new mapping.

What that means for you?

Attached is the summary of changes from the NFIP in accordance with the Biggert-Waters Flood Insurance Reform Act of 2012 (aka BW 12) and below only a few of the listed changes:

1) Flood premiums will increase an average 10% ranging from 1% to 25% (depending on coverage, risk and zone) for policies written or renewed on or after October 1, 2013. Increases will be most severe for:

4) The NFIP will no longer provide any extension of premium rate subsidy to new or lapsed pre-FIRM properties/policies, which will be subject to full-risk rating.

7) Effective January 1, 2014, the premium for non-principal/non-primary residences increases 25% per BW 12. This includes an increase in the reserve fund load to 5%.

We are providing this information as a way to help budget for future insurance renewals and acquisitions. Below is the full report from FEMA. Much of this is very confusing, if you have any questions or concerns on how these changes may and will affect you please contact Deland, Gibson.